Are you one of the many women who would love to find yourself pregnant with twins? Are you reluctant to try invasive procedures like in vitro fertilization but you would still love to be a mom of multiples? Not to worry there are some noninvasive natural things you can do to heighten your odds of conceiving twins. 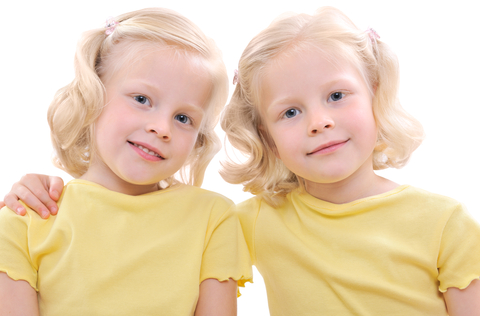 Having a family history of twins does increase your odds of having twins yourself, but only if the twins are on the conceiving mothers side of the family. Having twins on the father’s side of the conceiving couple does not increase your odds. African American women are more likely to conceive twins than other races, and twins are more common in older women. Of course these are things that you don’t have any control over so let’s talk about some things that you can control.

Gaining weight has also been linked to the conception of twins. Women who are heavier have a greater chance of conceiving twins. Scientists believe that this is because fat secretes estrogen, and this can lead to more than one mature egg being released at a time. Taller women also have a higher rate of twin conception but there isn’t much you can do about your height!

Try conceiving immediately after going off of birth control pills. Women who have taken birth control pills for six months or more usually require a month or two for their bodies to adjust to being without the pill. During that one to two month period your body may release multiple eggs instead of just one making it an excellent time to try and conceive twins. There have also been quite a few incidences of women conceiving twins while they were on the pill. The reason for conception while on the pill is generally because of taking the pills improperly, and the extra boost of hormones in the birth control pills increases the likelihood of multiple births. However, you should not try to conceive while you are taking oral contraceptives because it increases the likelihood of miscarriage.

Eat lots of yams. Eating lots of yams is said to increase the incidence of twin births. The reasoning behind this is because a town in Africa is renowned for their high rate of twin births and yams are a staple food there. The incidence of twins in the small town of Igbo-ora is four times higher than the rest of the world’s population. There is also some scientific reasoning behind this one because yams are high in three chemicals that are known to promote fertility. Arginine is an amino acid that helps increase fertility. Reproductive specialists have given women Arginine to help women of advanced age produce more eggs. Yams are also full of Aspertic acid which helps to synthesize Arginine. The third fertility boosting chemical in yams is known as glutamic acid. Glutamic acid is one of the components of folate.

If you want to have twins have a big family. The more pregnancies you have the more likely you are to have at least one set of multiple births.

Get pregnant when you are older. Having an advanced maternal age makes you more likely to conceive twins. Women over the age of 45 have a 17% increased chance of conceiving twins. The reason behind this is because older women release more follicle stimulating hormone. You probably don’t want to wait quite that long before trying to conceive though because women of that age are naturally less fertile.

None of these actions will guarantee that you will conceive twins, but they may just help to boost your odds. Remember to prepare for conception by eating healthy, stopping smoking, eating a healthy diet, and getting some exercise. Try to keep your stress level down and don’t concentrate too much on trying to conceive. Having your body as healthy, prepared, and relaxed for pregnancy as possible will increase your odds of conception, and increase your odds for having a healthy baby or babies.

More from my site

More from my site